The island of Madagascar is considered to be a living laboratory of evolution, a biodiversity hotspot, with extremely high levels of endemism. On the south-east coast of this island, is situated the Loholoka forest; one of the few remaining littoral habitats of its kind. A littoral habitat, is a stretch of humid forest that is located next to a constant source of water, and it is this feature that makes this type of environment very rare, even in Madagascar.

Today, there are many ecosystems within this type of forest environment that remains unsurveyed and have very little research gathered on their ecological structures and functions. Meaning, that even in the 21st century there are still areas and habitats like Loholoka forest we know very little about, even knowing there are still undiscovered species we continue to destroy, devastate and tear down these environments for financial gain. It is this threatened and remarkable habitat that our team travelled to in August 2017. Expedition Loholoka which took place in 2017, was not the first of its kind.

This expedition was first founded in 2014, with the aims of their project being to conduct terrestrial surveys over a five-week period. During that time, the 2014 team created a species list for the Loholoka forest, which focused primarily on 4 groups, mammals, birds, reptiles and amphibians, this helped to address the previous gap in biodiversity knowledge.

The findings of this expedition revealed, geographically important range extensions of various mammal species; this means that various mammals had expanded the area in which they were previously though to inhabit. Along with those findings they potentially discovered new species and subspecies that were previously unrecorded. Their biodiversity count, showed 94 different species, 8 of which are listed as Vulnerable’ or ‘Endangered’ by the IUCN, and a preliminary study that had been carried out by DBCAM (Development and Biodiversity Conservation Action for Madagascar).

The success of the 2014 team enabled us to travel back to Loholoka for five weeks in 2017. Our team of 6, included five zoology students from the University of Exeter and one marine and wildlife photographer from Falmouth University (yes, that’s me). The hard work and research undertaken during our five weeks, consisted of repeating the terrestrial surveys first conducted by the 2014 team, into the same four groups, along with a few other projects of our own. Our personal objectives included widening our understanding of local life and the threats many Malagasy people and their homes are currently facing.

As previously mentioned, our goals were focused upon building up the pre-existing datasets, collected by the previous team in 2014. We had hoped that the information and findings we collected, would be used to safeguard this locations biodiversity for future generations. By discovering and documenting new species and pre-existing species, especially on the IUCN protected list, we would be helping towards justifying the significance and importance of Madagascar’s rainforests and in turn the forests and their inhabitants would be placed under protection.

However, in the process of this data collection, we wanted to remain as undestructive as possible. Therefore, we used various methods of data collection which varied from live trapping (un-harmful) to manual gathering of information, using techniques such as detecting eye shine and physically spotting and capturing, with our own hands, reptiles and amphibians. All of these methods will be explained later and were conducted on our excursions through the littoral forest we grew to call home.

Our second objective during this expedition was to undertake and conduct a scientific experiment into chytrid fungus (this had not been carried out by the previous 2014 team).  We did this by sampling the locations amphibian population, in order to test for the presence of chytrid fungus. Despite a few problems we had to overcome, which I will be explaining later on, we managed to find and test 50 frogs, 10 from each of the 5 transects we walked daily. The final part of this process, was to then send back these samples to the UK and have the field results confirmed. This information would then indicate whether the Loholoka region was in fact infected with a fungus that is currently wiping out many amphibian species around the world. 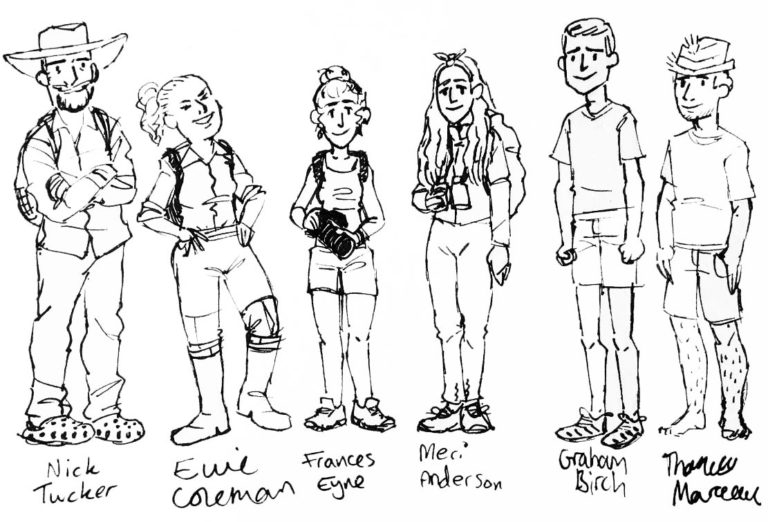 The development of Biome.

During my final year at Falmouth University I created Biome. It originally started off as a way of collectively amalgamating my photographs along with all the information and facts I accumalted alongand stories I gain whilst of various trips around the world. However through its development over several months Biome turned into something much more than you a casual journal. I created a elegant

Welcome to Biome, a new publication that unfolds the art of photography and nature into a combined collage of science, facts and new discoveries; for the lovers of nature, the curious and of course, the adventurers. This quarterly journal is home to a complex biotic community, characterised by a variety of plant and animal species. Each edition will focus on a different biome situated somewhere on our Earth. These biomes, dominated and defined by unique flora and fauna, influenced by climatic variations, help to form a vast array of biomes including, tundra, tropical rainforest, desserts and even aquatic biomes, such as freshwater and marine.

The spark of inspiration behind the ignition for the creation of biome, was formed from the overwhelming desire I have to share and explore the world through my camera.

During my final year at Falmouth University I created Biome. It originally started off as a way of collectively amalgamating my photographs along with all the information and facts I accumalted alongand stories I gain whilst of various trips around the world. However through its development over several months Biome turned into something much more than you a casual journal. I created a elegant